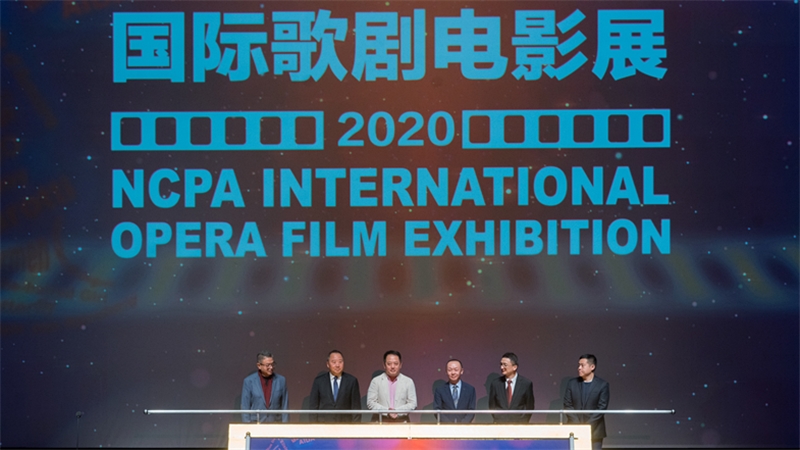 
WANG Cheng, Vice President of the NCPA, delivered a speech on behalf of WANG Ning, President of NCPA. According to him, since 2016, the NCPA has launched the “International Opera Film Exhibition” for four consecutive years, showing more than ten opera films from home and abroad in dozens of cinemas across China every year. The four sessions introduced 51 films by 11 world-renowned art institutions, covering 14 cities across China with more than 1,160 screenings and attracting nearly 120,000 audiences. This year’s exhibition will be held from the end of October to December 15th in more than 20 cinemas in eight cities, including Beijing, Wuhan, Guangzhou, Shenzhen, Chengdu, Dalian, Shanghai and Hangzhou. There will be nearly 300 screenings in total and audiences can enjoy an opera film at a cost ranging from 40 to 100 RMB.

WANG Cheng, Vice President of the NCPA, delivered a speech


This year, five domestic institutions, including the NCPA, China National Opera & Dance Drama Theater, Shanghai Media Group, Shanghai Jingju Theatre Company and DDDream, and five foreign theatres, including the Royal Opera House, Teatro Real, Seoul Arts Centre, Teatro Regio di Torino, and the Metropolitan Opera House, will jointly present 14 films, which are divided into four categories, Chinese Originals, World Classics, Premiere Moments and Special Choices. WANG Cheng said: “This September, the NCPA initiated the establishment of the BFPA. This year’s exhibition has received positive response and support from the member institutions of the BFPA, which demonstrates once again the theatres’ determination to unite and overcome the difficulties of the pandemic, as well as our belief in building ‘a community with shared future.”


For the first time, the NCPA and Campus Cinema has specially launched international opera film festivals for universities. Five classic opera films produced by the NCPA and Seoul Arts Centre will be screened in more than 20 universities nationwide. A series of activities to promote opera art will also be held in several cities and universities, including opera art lectures, pre-talks for screenings, and fan meetings with artists, enabling audiences to gain a more comprehensive understanding of opera and the production of opera films.